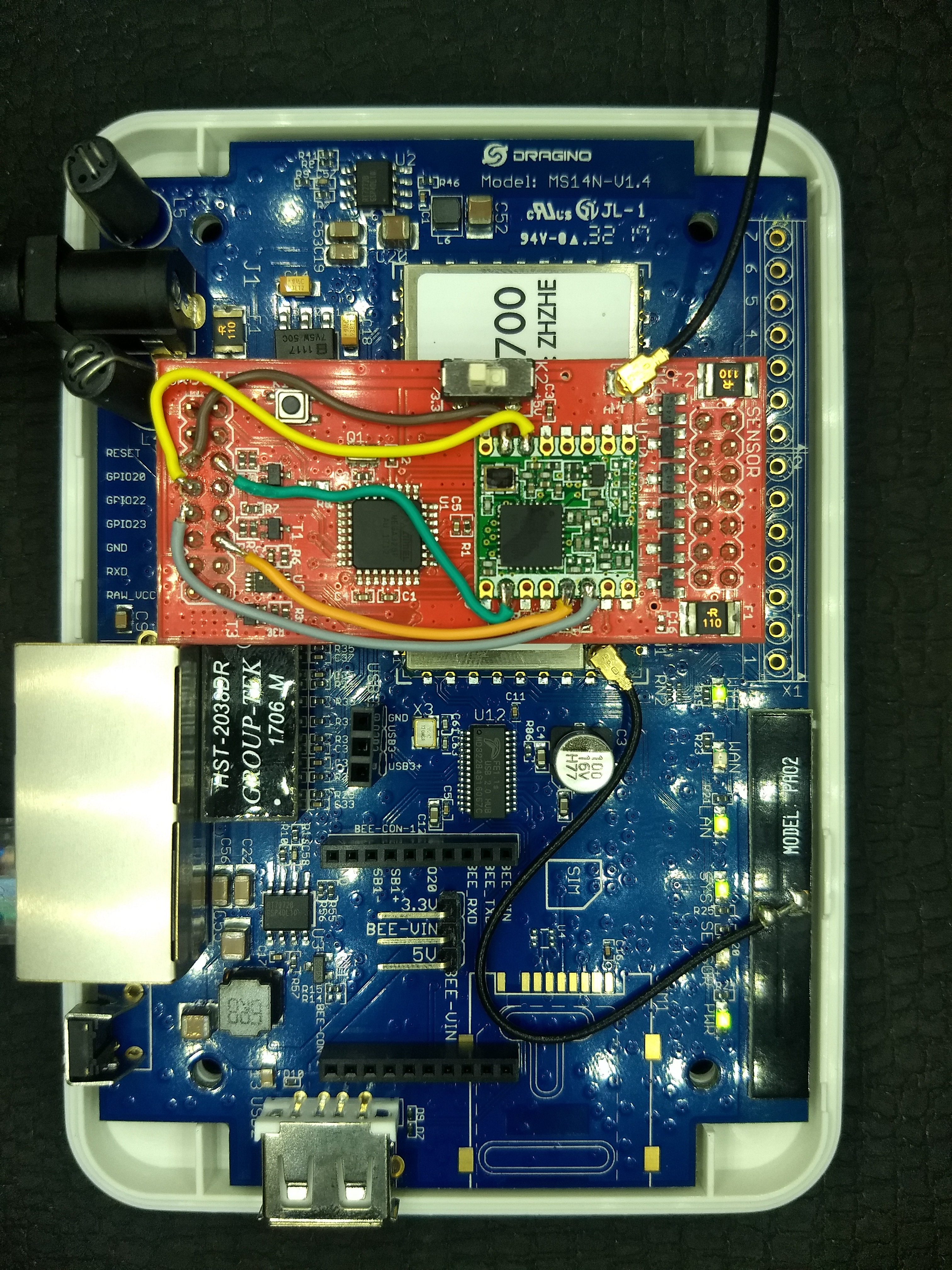 Dragino LG01 is a single gateway that should work but does not work 100%, due to poor hardware choices. The chip used for communication is RFM95, which is fine but has an MCU (atmega328p) between the Dragino mainboard and RFM95. Depending on the application this design works, but when you want to use LoRaWan not, because the time to send the downlink is crucial, and the MCU delay everything.

The version of LG02 gateway solved this problem, in case this model does not have this intermediary MCU. Another RFM95 was added, which seems interesting, but I’m stuck with this first version of the gateway that for LoRaWan does not work.

The interesting part is that these gateways are opensource, so I started to investigate if it was possible to upgrade my LG01 to LG02. Since the module that has is connected with headers in the main board. The two motherboards layouts look pretty similar, and run the same system (Open Source ).

Being the same operating system I decided to modify the LG01 firmware to LG02 and works. Now let’s try to give a hardware upgrade. Following the schematic, I made a PCB similar to the original how has two RFM95. I used a regulator ln1117-33 that should work perfectly.

I connected the module and turned on the gateway, so I realized that the LG01 only identified 1 RF module. Doing a more detailed investigation I found that the gateway LG02 has more than the LG01 version, this way the LG01 will only work with one RFM95.

The most interesting thing was when I was looking at the opensource code of the LG02 firmware, the latest version posted has a patch to work with only one RF module on the LG01. The firmware is in the unstable version but until the moment it is running perfectly. And best of all that downlink works 100%.

Now the correct thing is to hack the original board that comes with the LG01, remove the MCU (atmega328p) and do this upgrade the gateway. Remember the connectors of LG01-S version are controlled by MCU, in case you do not want to lose this feature do not hack.

To do the Hack you will need a soldering iron, stylus and some wires, a multimeter is very welcome to check if the connection is correct, since it will be necessary to cut some tracks of the PCB.

Let’s start with the hardest thing, it is necessary to cut three tracks of the board, two of them are connected in the MCU, and the other connects two pins. Use a stylus to cut through the tracks and check for continuity between points.

After cutting the tracks is necessary to remove three SMD resistors, use the soldering iron to do the job.

Now it is necessary to solder some wires and connect the pins of the RF chip according to the or follow the Schematic.

Now just test everything with the multimeter to see if everything is connected correctly.

Now it is necessary to upgrade the firmware, follow the link of the firmware that I am using LG02_LG08–build-v5.1.1549961114-20190212-1646. After updating the firmware and connected the modified module, just enter the Dragino’s configuration and enter the Service | LoRaWAN, my gateway is connected to The Thing Network, and should be something like the image.

Just do the basic gateway settings and configure the frequency and SF, the gateway should already appear online on The Thing Network.

Now the gateway works 100% with LoRaWan, it’s a bummer that firmware does not support CAD, but this is for another day.